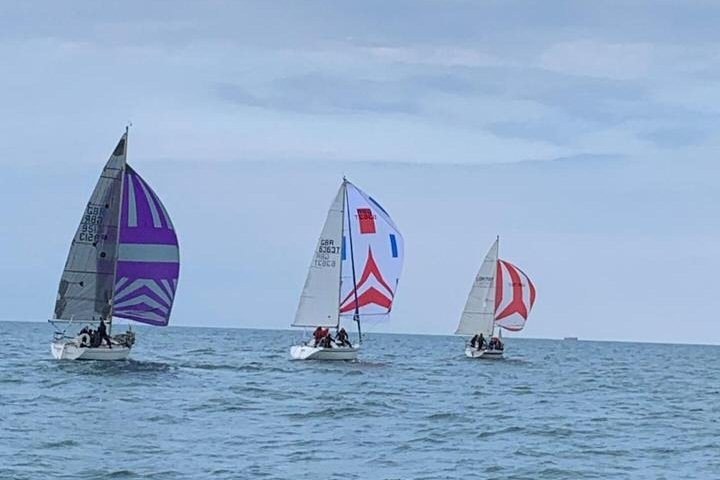 Many of the skippers who ventured out at around 17:30 Thursday evening for the Yacht Racing were anticipating somewhat of a "drift" around a short course based on a forecast of winds of 5 to 6 knots at best. What transpired couldn't have been more different, with a good Westerly breeze filling-in to reward the 12 boats who gathered at the start.

Race Officer Peter Lytton chose clockwise Short Course 23 for both classes, taking in almost the full width of the sailing area available, with marks from Alpha to Echo in play.

Class 1 completed the full three laps with Class 2 receiving a shortened course signal, which meant that pretty much the entire fleet benefitted from the same time out on the water.

Once again "Glance" took the honours in both the IRC and Class 1 race but "Ocean Wave" took full advantage of her handicap to miss out by just 15 seconds on corrected time in the Class 1 result.

In the Class 2 fleet, "A Piano" put last week's disappointment behind them to finish first after taking line honours ahead of "Dory" and a closely fought duel between "Sighiri" and "Nice Shirt", with the latter emerging just 8 seconds ahead on-the-water and a minute ahead on corrected time to finish second overall.

It seems that the weather is determined to spoil the fun for the dinghy sailors, with this week's race being cancelled more than a day ahead of time due to the gales forecasted, with gusts up to 50 knots predicted. Sailors were determined to make sure they didn't miss out on the social aspect, though, and took advantage of the cosy nook that is "The Bilges" to have a burger and pint. Some will try again on Wednesday evening by joining in at Paignton Sailing Club.

With up to 12 boats looking to head to Weymouth instead of Alderney for BYC's traditional Early Spring Bank Holiday weekend Rally, most skippers thoughts turned from 'when to leave' and 'whether to take the inside passage around Portland', to 'whether to believe the forecasts' and face a long motor to their destination on the Friday and head home earlier on the Sunday to avoid the gales promised for the Monday afternoon. What started as a trickle of withdrawals turned into a flood as the consensus decided going East was a non-starter.

Eventually, "Peanut", "Kamina 7" and "Orcrist" headed West for the Yealm, on a Friday which offered the complete range of weather conditions and tested the preparedness of the crews in their choice of clothing! "Titian Blue" decided to take harbour at Salcombe to thaw out but followed the others to Newton Ferrers the next day, where they were joined by "Optimus".

A good time was had by all with the crews fully checking out the various hostelries to ensure their wares were up to scratch, before making their way back to Brixham on the Sunday. 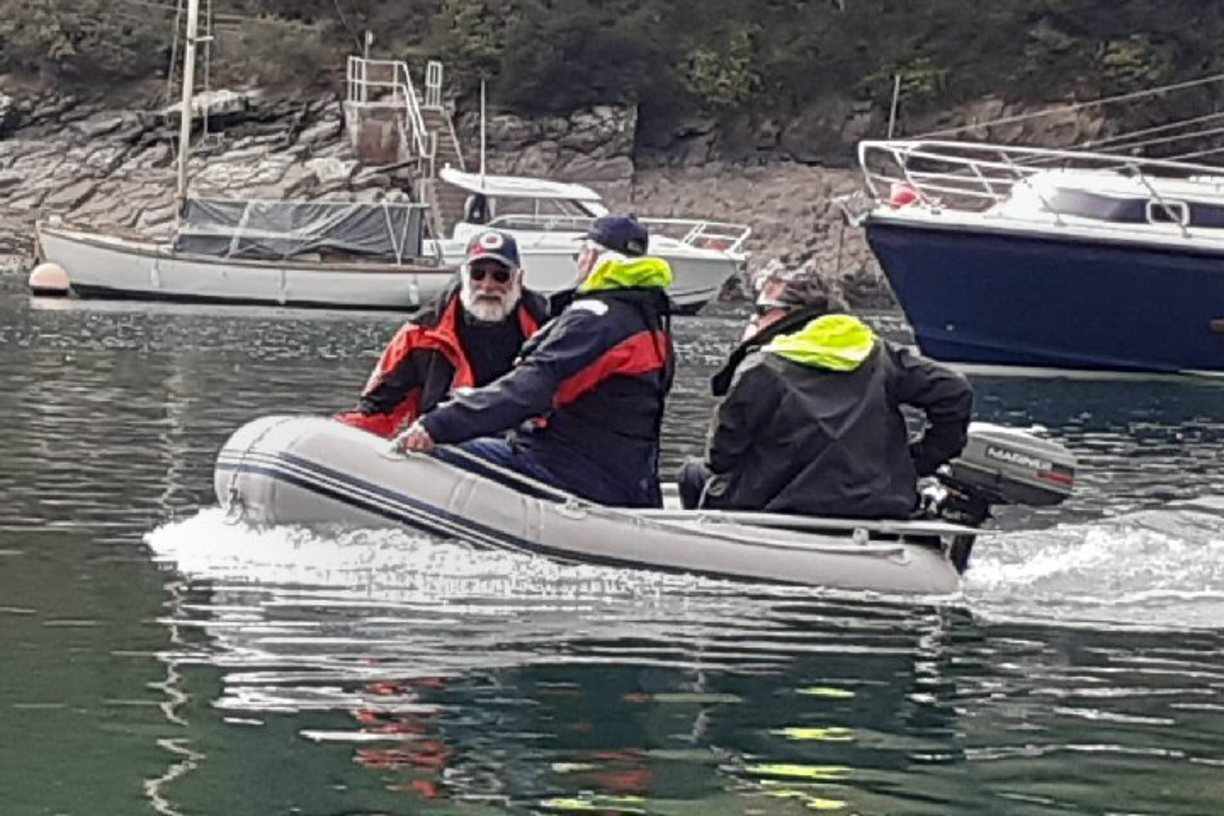