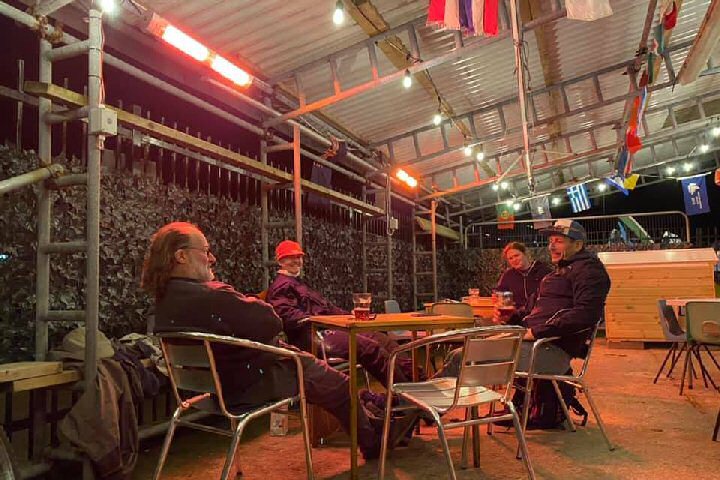 The start of the official dinghy racing was postponed for another week due to the delayed crane in of yachts from the crowded compound. Despite the cold Monday evening, however, 9 boats ventured out for a final practice session, including two from Paignton Sailing Club.

The wind was very light, shifting from North to South East, and it completely died by the end of the third lap. The Paignton boats had to be towed back to base by John's RIB as sun eventually emerged from behind the clouds. It was also a slow sail back for the BYC boats.

Sailors were met afterwards with very welcome sailing suppers from Chef Lee and drinks from the clubhouse. All outside seating areas were thoroughly tested and the heating within the Bilges area was a great way to warm up again.

Next Monday will now be the first official race in the "Cool Series" and it would be great to see all BYC dinghy sailors taking part. If you have any questions about entering or taking part, please email sailing-sec@brixhamyachtclub.com

After the wind failed to materialise the previous Sunday, those BYC skippers with boats in the water ventured out again for the resurrected "Freedom Race", officially the last race of the Winter Series. The disappointing postponement of the crane-in of boats from the compound meant the scheduled race had to be cancelled leaving

the door open for a healthy flotilla of 8 boats to take part, ably shepherded by Chris and Dave at the Point.

Whilst there was a fair breeze at the start, the weather proved to be at its most fickle, with a hail shower and rain testing the sailors' clothing preparedness. A couple of boats were forced to retire quite early into the race (one wrote down the wrong course!) and as the wind began to fade Dory also decided to drop out. The rain eventually killed the wind entirely, stranding two boats before they could reach the 'Z' mark, and just three were able to complete the course.

Nevertheless the sailors reported that they enjoyed the chance to practice their racing skills ahead of the 2021 season proper.

As many boats are still stranded in the compound, this Thursday's Series 1 Race 2 has been cancelled but those wishing to have a practice sail will find any excuse to get on the water and enjoy a drink at the Club afterward on the 'Quarter Deck' or in the heated 'Bilges'. 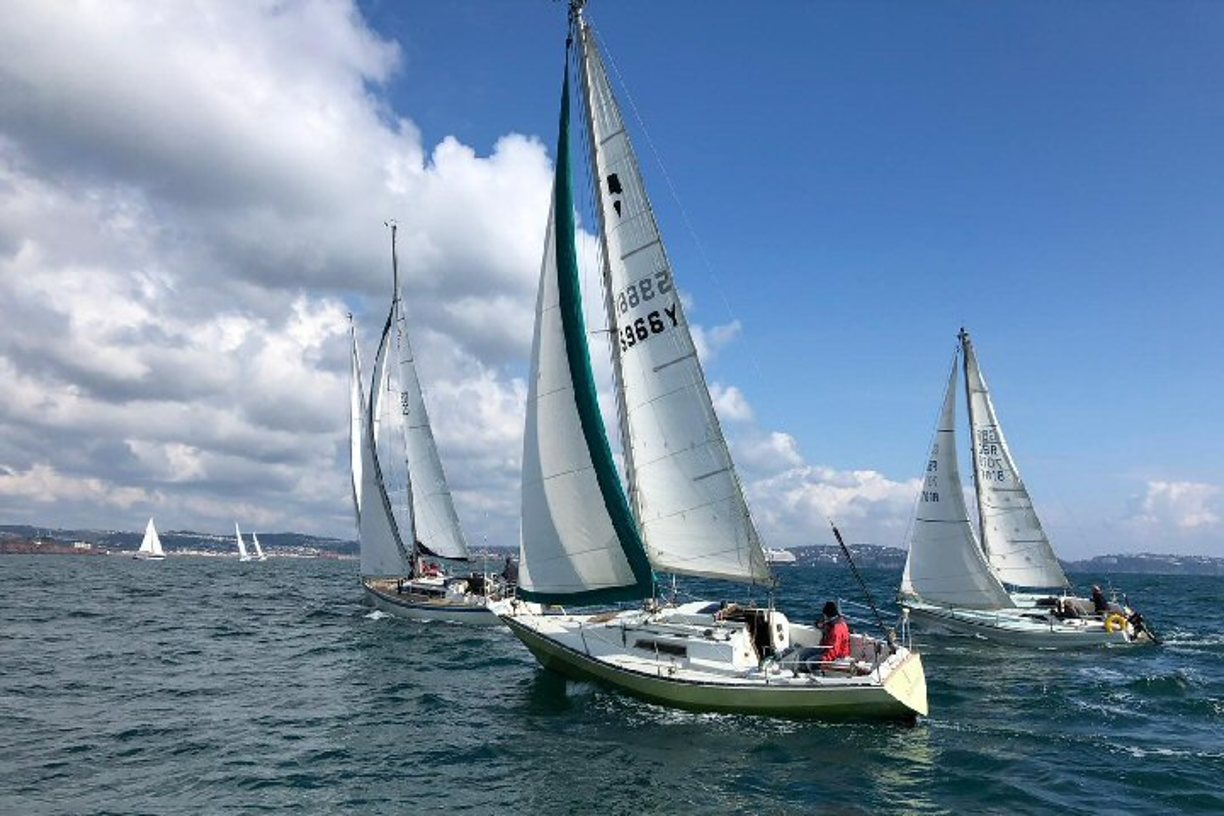 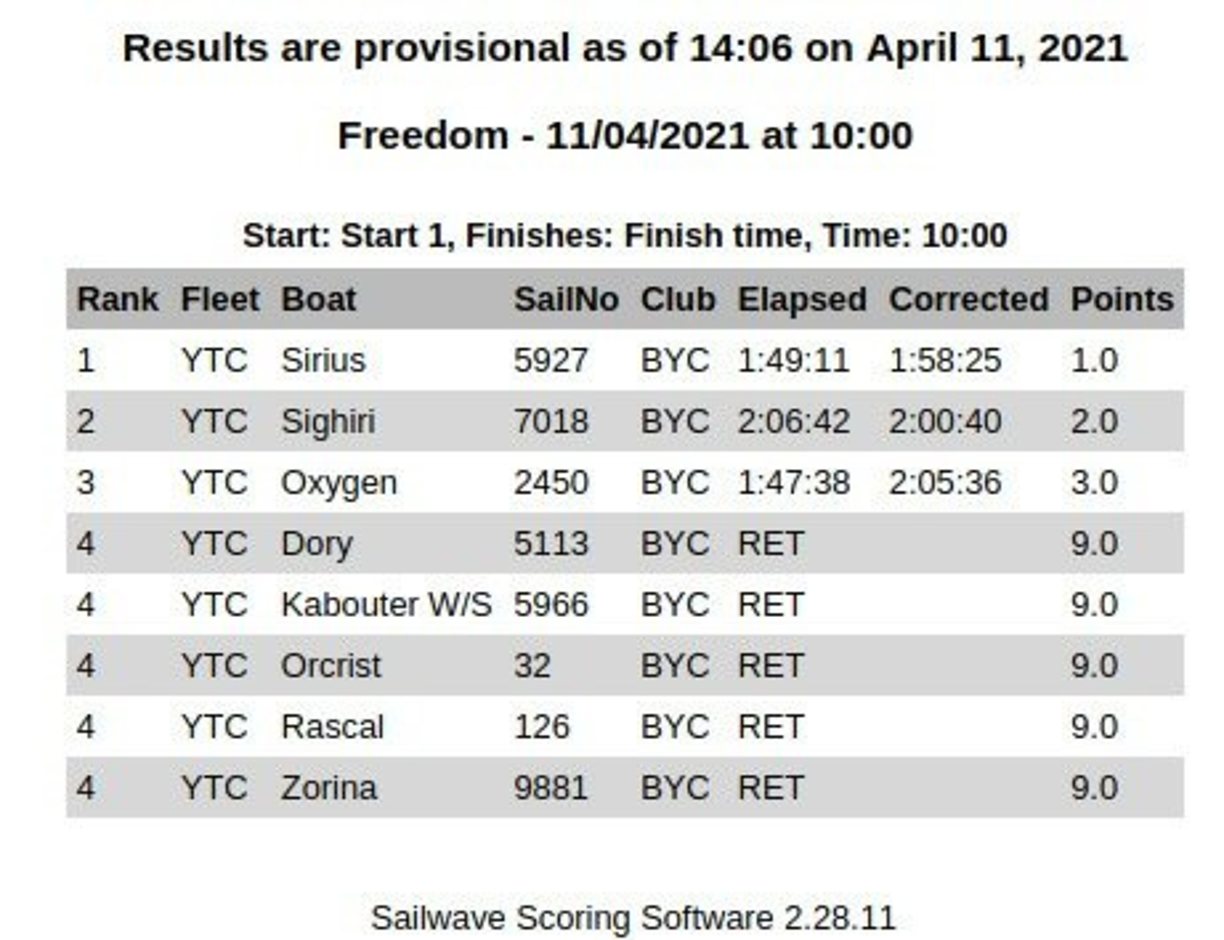