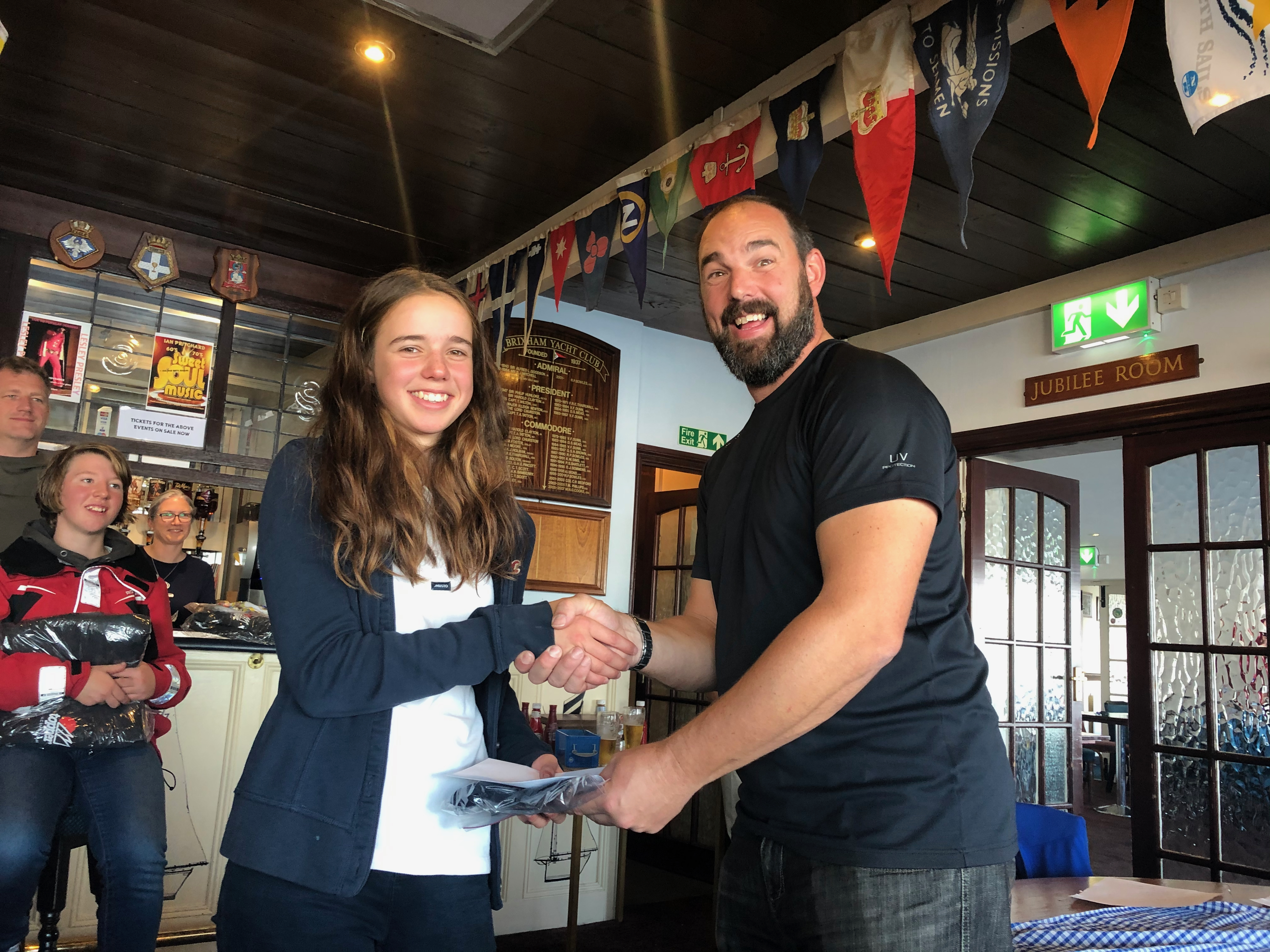 Excellent weekend, your Club hosted the South West Topper Traveller series with some 30 boats competing in strong gusty conditions. All the youngsters had a good two days with the Saturday training and practice then three races on the Sunday. Four races were scheduled but the wind was getting even stronger and they were becoming exhausted.

Issy had a superb result being the 2nd Girl in the racing and 4th place for the entire South West Topper Traveller Series and received her award from a very proud dad.

Quite a few sailors retired and had to be rafted up behind the mother boat as it was too windy to release a safety boat to escort them back. However, nobody complained as they were fed hot chocolate and chocolate biscuits!

That's it for this season, it has been a tremendously busy summer with many championships and on water events. Everything is now being packed away carefully for the winter ready for next year.

From the Directors a huge thank you for all the volunteers that assisted all season making your club a success and viable. It is a very well worn saying, but we simply cannot manage without our band of volunteers that work so hard for your Club. 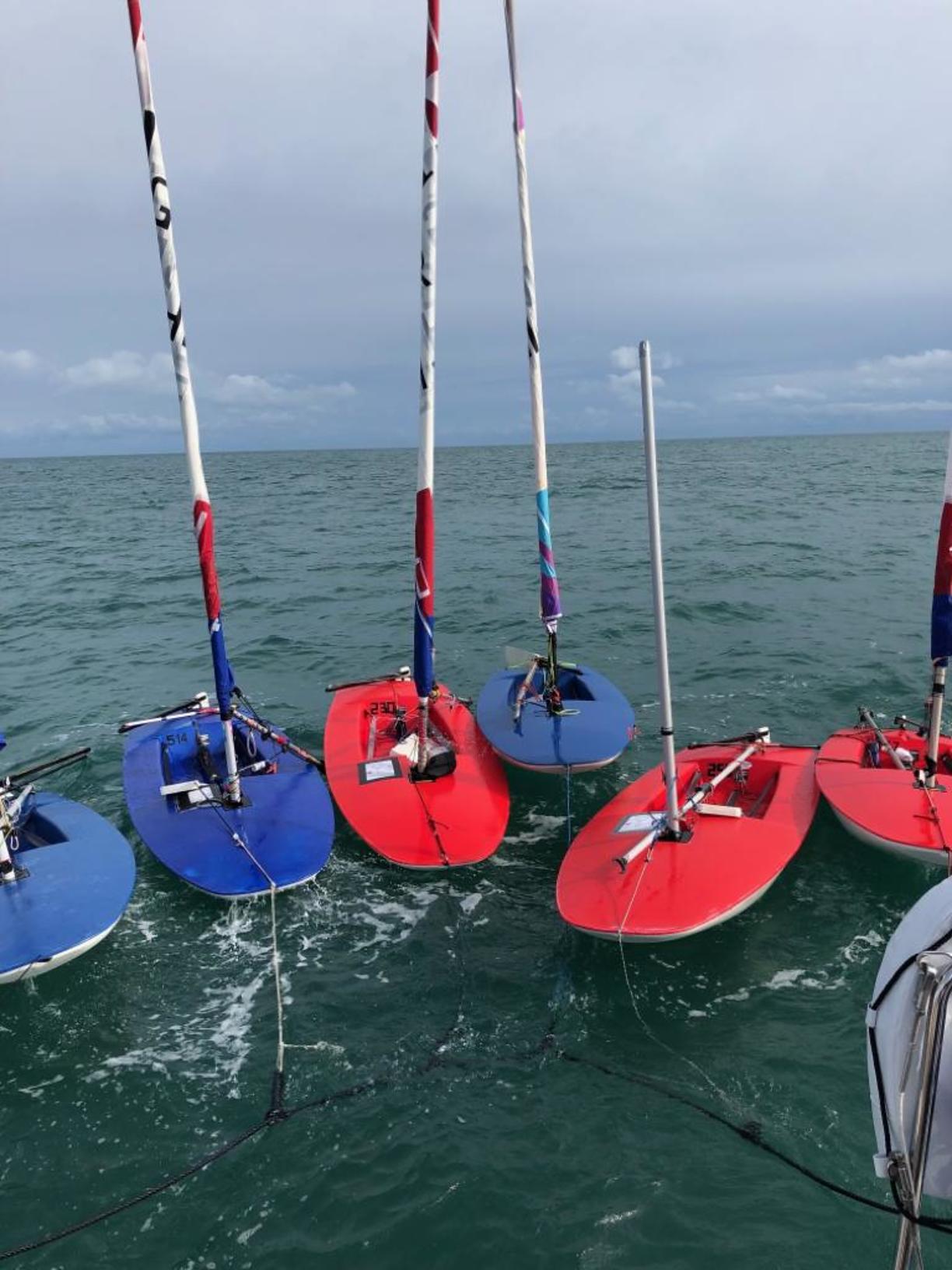 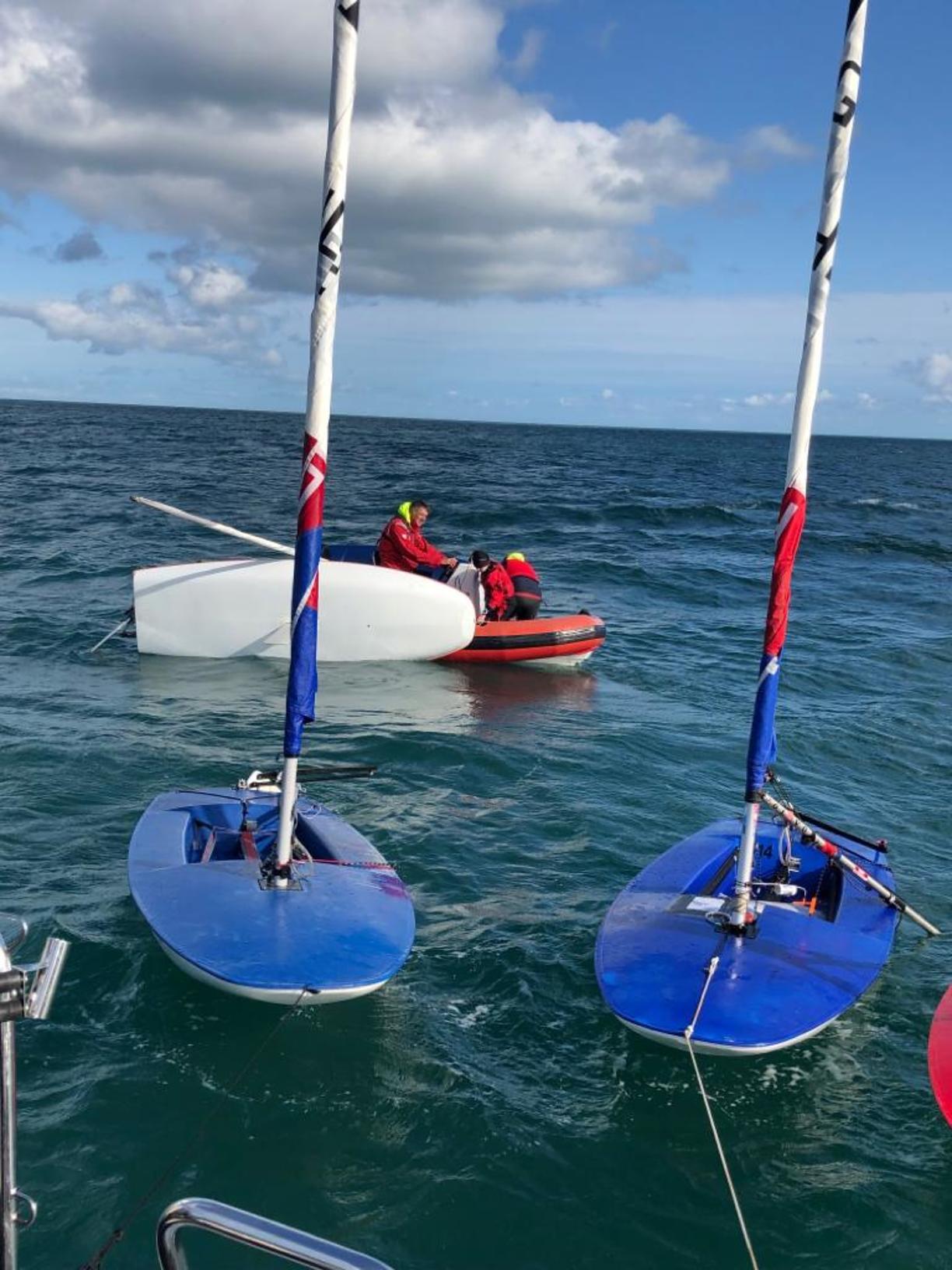